via Where are we going?

via What others recommend

via Getting to know you 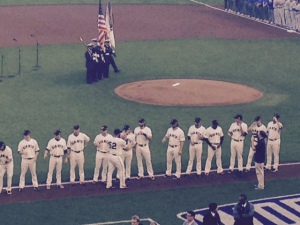 When we began the 81 for 93 adventure my desire for this fairy tale was a Giants world series victory. 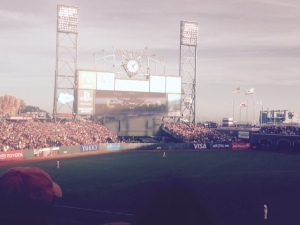 Bert and I made it to Pittsburgh, and Washington DC and we felt privileged to be made welcome in the Giants family. We missed out on the Cardinals series due to my cousins funeral and fundraiser for his 3 kids in Texas. I returned home to find Bert under the weather and he was admitted to the hospital. He was released in time to enjoy a great Cardinals victory. He didn’t feel up to KC trip and is awaiting surgery this Thursday. 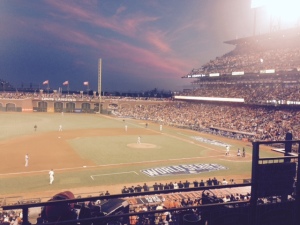 I trust he will be fine, but ask for prayers as any surgery especially at 94 has risks. Bert is a trooper and took me to 2 home games. 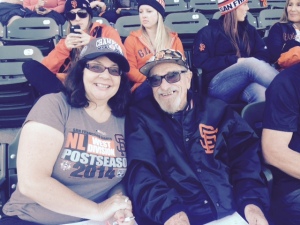 We witnessed one loss and last night one win. As Bert shared words of wisdom from Clint Hurdle winning is more fun. 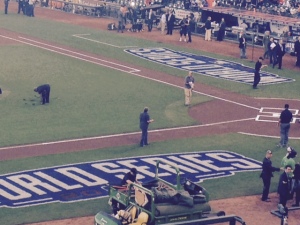 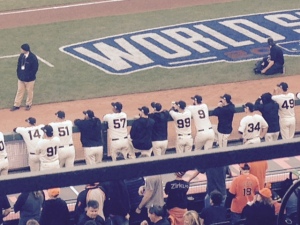 Our boys from the bay want a victory

The stadium rocked, we met some great Royals fans, and celebrated with people we had spent the regular season on the rollercoaster that was the Giants season. 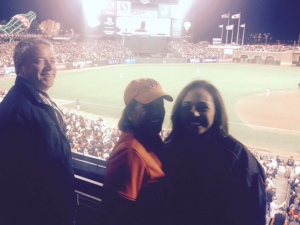 We also made some new friends who were associated with the Astros. 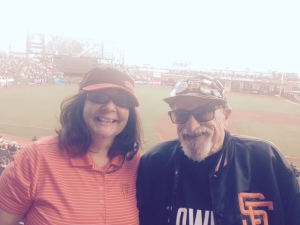 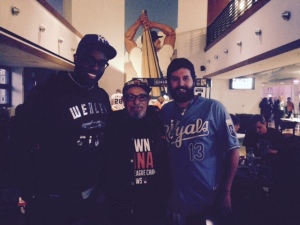 Royals fans shared a table and love of the game 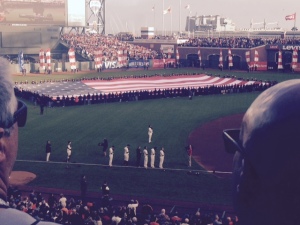 Old glory and the glorious win in game 4

From the opening ceremony and streamers to the fireworks of the Giants bats it was a game of a lifetime. I just hope the fairy tales ends with Bert healthy and the Giants wearing another ring. 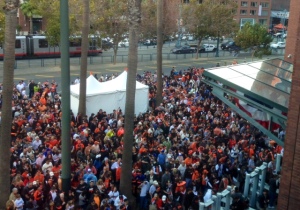 Eager Giants fans waiting to get in. photo courtesy of Jack Bair